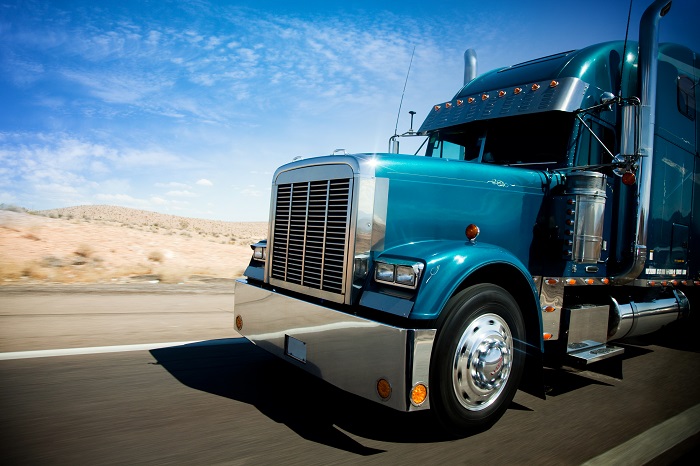 Each of the proposed reforms revolve around time. While the hours-of-service regulations never changed when the US electronic logging device mandate was enacted in December 2017, using a digital tracking tool eliminated ways that a driver could cheat on a paper logbook. Photo credit: Shutterstock.com.

The US Federal Motor Carrier Safety Administration (FMCSA) wants to hear from trucking companies and logistics providers about four proposed changes to hours-of-service (HOS) regulations that could provide better service to cargo owners. If approved, short- and long-haul truckers would be allowed to work more hours in specific situations to complete deliveries and increase daily productivity to their customers.

Each of the proposals revolve around time. While the HOS regulations never changed when the electronic logging device (ELD) mandate was enacted in December 2017, using a digital tracking tool eliminated ways that a driver could cheat on a paper logbook.

For example, under the ELD a driver can’t find workarounds to be behind the wheel longer than 11 hours, to be on duty longer than 14 hours, and to drive eight hours without taking a break.

Although there are many bad reasons to violate the rules, there are also compelling reasons during in real-life situations on the roadway.

Unforeseen circumstances, for example, could disrupt service to shippers and warrant flexibility for motor carriers. Not all drivers or days are the same either, so understanding each situation while simultaneously protecting everyone using the highways can benefit shippers and truckers.

Among the proposals open for a 30-day comment period is one that would increase on-duty hours of local drivers with a commercial drivers license (CDL) to 14 hours. Under current regulations, truckers with a CDL can operate for 12 hours without an ELD, if they are within a 100 air-mile radius. Drivers without a CDL can work 14 hours, within 150 air miles without an ELD.

The American Trucking Associations (ATA) had previously asked the FMCSA to merge the two standards into one policy, but FMCSA’s proposal would only sync the hours. The difference between 100 miles and 150 miles would remain because many trucking companies have a mixture of ELD-exempt and ELD-qualifying trips, so installing a device is the practical solution. Providing unity in HOS regulations would allow drivers to complete more deliveries per day. Local drivers tend to have many deliveries, many stops, and fewer multihour periods behind the wheel without a break.

Also, the FMCSA will study extending the 14-hour workday two additional hours when a driver encounters adverse driving conditions. Few details have been provided about what qualifies under this provision. Does the adverse driving condition have to be unforeseen? Would a snowstorm known in advance qualify as adverse, when carriers can plan in advance? What about a crash that shuts down a major interstate? What about a structural calamity on a highway? Accidents are common, in general, but major gridlock on an interstate is unpredictable. What about when equipment breaks while on the highway? Truck drivers are stuck in these situations and shippers have to wait and be patient.

Supporters of this provision argue that such flexibility would lessen the damage a delay(s) would cause to a supply chain, without harming public safety in any significant manner.

A third provision under consideration would revise the current mandatory, 30-minute break after eight consecutive hours of driving. The revision could take many forms, including eliminating it altogether, even if such a scenario is unlikely.

There is a clear safety reason why someone would need a mandatory rest break. Few drivers, if any, could safely operate a car for 11 straight hours without stopping to eat a meal, use the bathroom, or stretch their legs. Few people, if any, could work more than eight hours on a job without a single break.

There are key differences, however, between a typical worker and trucker. In an average workday, for example, drivers will deliver and pick up freight. Each require either loading or unloading, which could take up to two hours or longer. The standard, 14-hour clock includes three hours on duty but not behind the wheel, which covers stops. If a trucker, for example, spent three hours during unloading or loading, this time could be used eating, going to the restroom, sleeping, or walking around while the freight is being handled.

Refueling would still be necessary, but an argument can be made that other, critical human functions can be done while waiting.

US Rep. Mike Babin, R-Texas, introduced legislation in March called the Responsible and Effective Standards for Truckers, or REST Act, that would allow drivers to take a single rest break of up to three consecutive hours that would not count towards the 14-hour workday, essentially increasing on duty time to 17 hours, thereby eliminating the 30-minute rest break requirement.

The FMCSA announced it would review a petition filed in February from the Owner-Operator Independent Drivers Association (OOIDA) that proposes the same measures as the measure in Congress.

“The agency is finally listening and now the door is open for truckers to make their voices heard and to spur real, common-sense changes to the [HOS] regulations. This rulemaking needs robust participation from real truckers so that the next incarnation of the [HOS] regulations is not written by corporate trucking executives and anti-trucking groups that have no understanding of the realities of over-the-road trucking,” OOIDA president Todd Spencer said in a statement.

The final provision is the split-sleeper berth provision championed by ATA. It would simply “reinstate the option for splitting up” off-duty hours. The trade association has pushed the FMCSA to study the issue since 2013, but a pilot project consisting of 200 drivers from a mixture of large, medium, and small carriers that have completed the North American Fatigue Management Program has been repeatedly delayed. The FMCSA wanted to begin a 90-day testing period this summer.

The split-sleeper berth pilot would study whether seven and three, six and four, or five and five would cause drivers to reduce fatigue, increase fatigue, or make no difference. The pilot would essentially let drivers decide to sleep when they are fatigued, even if it’s twice in a day.

Many shippers don’t spend time familiarizing themselves with the complexities of regulations because they just want their cargo quickly and safely. The current proposals, however, could provide some relief that will allow shippers to timely receive their cargo by providing truckers the flexibility to react to real-world situations in a way that keeps everyone else safe, while also keeping commerce flowing through the United States.

Why US trucking’s electronic logging device era is irreversible

Next post: Solution developing to speed up container pickup at LGB Port